Why Did Odin Hang Himself: His Everlasting Quest For Wisdom

In Norse mythology, Odin, the most revered Norse god, one day decided to hang himself on a branch of Yggdrasil for days. So why did Odin hang himself? 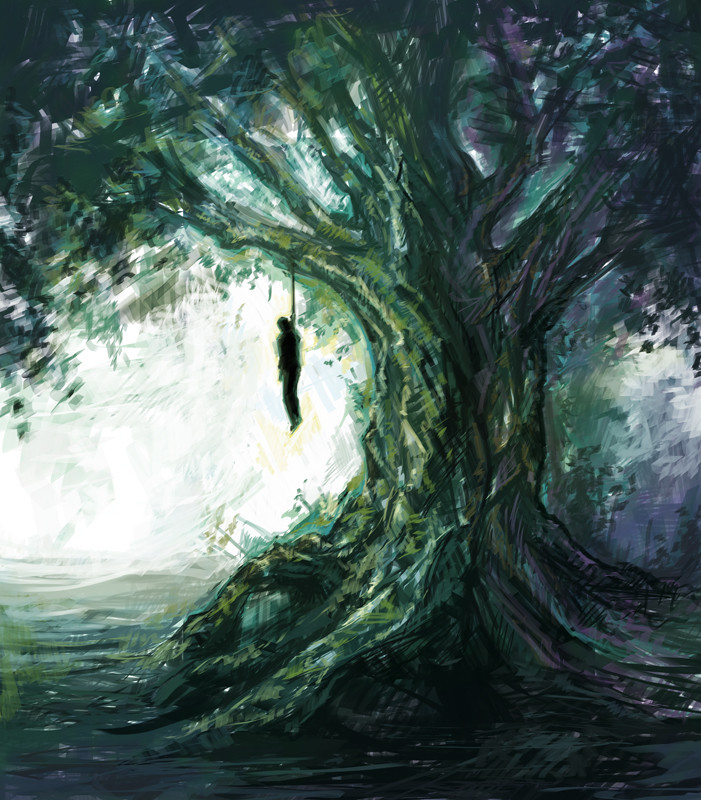 While talking about the Norse god Odin, most people nowadays tend to think of him as the All-Father, King of Asgard, Patron of Rulers, ... Few know that Odin is also a seeker of wisdom. In fact, Odin would be willing to pay whatever prices necessary in order to understand numerous mysteries of the universe. Regarding Odin's quest for wisdom, Norse mythology features a few stories, one of them said that Odin hung himself on a branch of Yggdrasil. All in all, why did Odin hang himself like that?


You find Odin's decision to hang himself somewhat puzzling? If that happens to the case then you have come to the right place. This article could tell you pretty much everything you must keep in mind about the motives behind the decision of the All-Father and relevant issues.

Norns: The Goddesses Of Fate Before we get to answer the question of "why did Odin hang himself", it's a good idea to talk a bit about the Norns.


Home Of The Norns: Well of Urd


Yggdrasil, the Tree Of life, stands right at the center of the Norse cosmos and the Aesir come to it every day to attend assemblies. The great tree grows out of the Well of Urd, a poll that contains some of the most powerful entities ever existed including the Norns.


Consists of three goddesses, the Norns shape the fates of creatures in the Nine Worlds. As gods must subject themselves to fate just like every other being, it's fairly natural for these goddesses to attract the interest of Odin. Using their names, people could deduce the ability of individual Norns:


The goddesses of fate use a few techniques for fate-crafting such as casting lots out of wood, weaving cloths,... That being said, the most common technique happens to be runes carving which is also the one associate with Odin's decision to hang himself. As the runes only reveal themselves to those that prove worthy, Odin grew envious of the power as well as the wisdom of the Norms. Desiring the knowledge of the runes and beyond, Odin decided to take action one day.


The All-Father In The Nine Day And Night Trial


To show that he deserves the secret of the runes, Odin proceeded to hang himself on a branch of Yggdrasil for nine days and nights. During that time, he forbade other gods from granting him aids (food and water) until he gets what he desires. At the end of the ninth night, Odin was finally able to perceive the runes which also unlock various mysteries. In his everlasting quest for wisdom, the All-Father again paid the highest price possible but in return, he made significant additions to his already vast knowledge.


With the knowledge of the runes, Odin learned powerful charms that would heal physical/mental wounds, bind and defeat enemies, get out of constraints, put out fires, wake the dead, ... As a result, the All-Father became one of the mightiest beings in the cosmos. It's also worth noting that Odin's ordeal is, in essence, a sacrifice of himself to himself which is the ultimate offering for wisdom.


In conclusion, the best answer to the question of "why did Odin hang himself" is "because of his thirst for the wisdom behind the Norns' runes"


The Moral Of The Story

Like every other legend in Norse mythology, we all have something to learn from  Odin's decision to hang himself. Why did Odin hang himself? Because he's determined to lean the runes as well as the secrets behind them. Similar to the time he sacrificed one of his eyes just for a chance to drink from the Mimir's Well (known to contain knowledge of the cosmic), the hanging of Odin indicates that the All-Father would go to great lengths to achieve wisdom.


The same thing happens in modern-day life as well: to gain knowledge, we often have to sacrifice our time, health, money and so on. Needless to say, the learning process is going to be quite tedious but the end result is worth the effort. After all, what we want rarely comes without a struggle so we must be persistent.