How To Look Like A Viking: A Beginner's Guide

Wish to become a modern-day Viking but don't know the way? If that is the case, check out this article to learn "how to look like a Viking" Age of the Vikings ended a long time ago but thanks to films, TV series, comics, stories and alike, more and more people take interest in the early medieval Scandinavians.  In fact, hoping to incorporate the Viking zeal into their actual life, some enthusiasts even think about how to look like a Viking. While it's your right to imitate what you see on television and start wearing horned helmets, growing thick beards,... there are more to the Vikings that you should know if you want to have their look.


I wish to adopt the appearance of Vikings but have no idea what needs to be done? Well, if that is what you want, you have come to the right place. Down below, you would be introduced to everything that you must keep in mind regarding the profile of Vikings and "how to look like a Viking".


The Characters Of Vikings: Summary

Considering the fame of Vikings, it's only natural that there are a lot of contrasting descriptions about their appearance. Hence, before we get to "how to look like a Viking", it's necessary to talk a bit regarding the myths and facts behind the look of these notorious Scandinavians


Time and time again, Vikings tend to be depicted with horned helmets on their head which lead to the misconception that the average Vikings love such headwear, especially in battles. However, it's worth noting that the whole "Vikings wearing horned helmets" thing takes its origin from a popular Wagner opera back in the 19th century. During actual fights of the time, Vikings would use conventional iron helmets to protect themselves. In terms of weapons, they carry sword, axes and others.


What about horned helmets then? Well, they have minimal practical values in most cases as it's easy to get them entangled in close-combat. Needless to say, Vikings don't like anything to get in their way during melees so none put on horned helmets.


Imposing? Yes, In A Sense.


Generally speaking, as Vikings happen to be well known among the globe as raiders and conquerors, people assume that these Scandinavians must have impressive builds. That particular notion is also supported by various historical documents hat record Viking's attacks. Still, through archeological evidence, it's proven that Vikings receive much less nutrition than today which often stuns body growth. Experts estimate that Vikings could be between eight and ten centimeters shorter than their descendants.


That being said, to ancient people (which have worse diets and exercises) that come across Vikings, the Scandinavians still look imposing.


Popular culture tends to portray Vikings as somewhat filthy persons that don't bother too much about how they look. Nonetheless, the discoveries of items such as combs, toothpicks, ear cleaner and so on from the Viking Age suggest otherwise. In fact, the chronicle of John of Wallingford indicates the Scandinavians do care about their appearance: they comb their hair every day, they change their clothes periodically and they bath at least once a week.


So all in all, the true Vikings are far from the unwashed and dirty warriors that people often think of while talking about the Scandinavians.


Since most of the Vikings' clothes have rotted away long before archaeologists get to them so it's tough to get an accurate picture of what Vikings wear every day. However, from leftover fragments, experts believe that the Scandinavians have a pretty fine sense of fashion. A few sources including an old drawing also give positive reviews of what Viking put on back in the old days.


The clothing of men varies from that of women: Men stick to a combination of trousers, woolen coats and hats while women wear double-layered dresses with built-in sleeves.


Battle Scars? Sure, A Few


Renowned for their combat prowess, Vikings have been repeatedly characterized as grim soldiers covered in scars caused by battle wounds. Scientists indeed find signs of wounds made by weapons on the skeletons of Vikings but it's hard to determine the effects of such wounds on appearance. Still, considering the limited methods to treat injuries that the Scandinavians have at the time, you could safely say that quite a few Vikings walk around with sizeable battle scars.


By adding a couple of scars here and there to modern illustrations of Scandinavians, you would have a pretty close picture of their rough ancestors.


Getting The Look Of The Vikings: A Couple Of Suggestions


Many enthusiasts want to know "how to look like a Viking" and different people have different onions about particular methods. Nonetheless, in the case you prefer a straight, no-nonsense approach then go with the following.


Note: It's essential to stick to the rules while learning "how to look like a Viking" but don't stress yourself too much here. Once in a while, feel free to feast without caring about what on the plate. 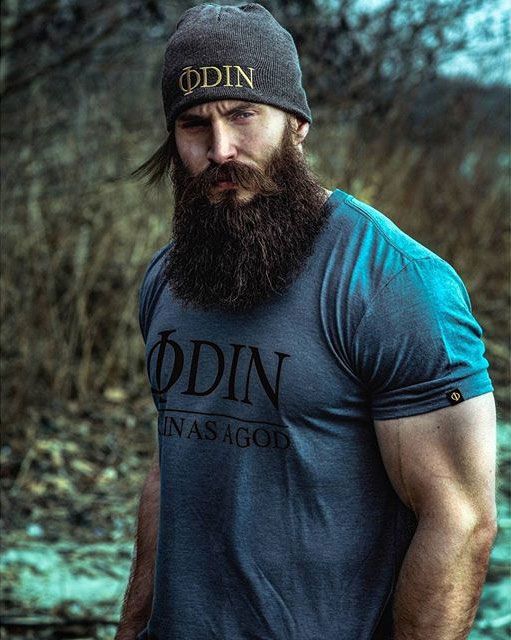 Overall, people have multiple definitions regarding the Viking’s look and you could find numerous articles that show "how to look like a Viking". But if you stick to the instructions above, you would be able to get the look of true Viking without much difficulty.